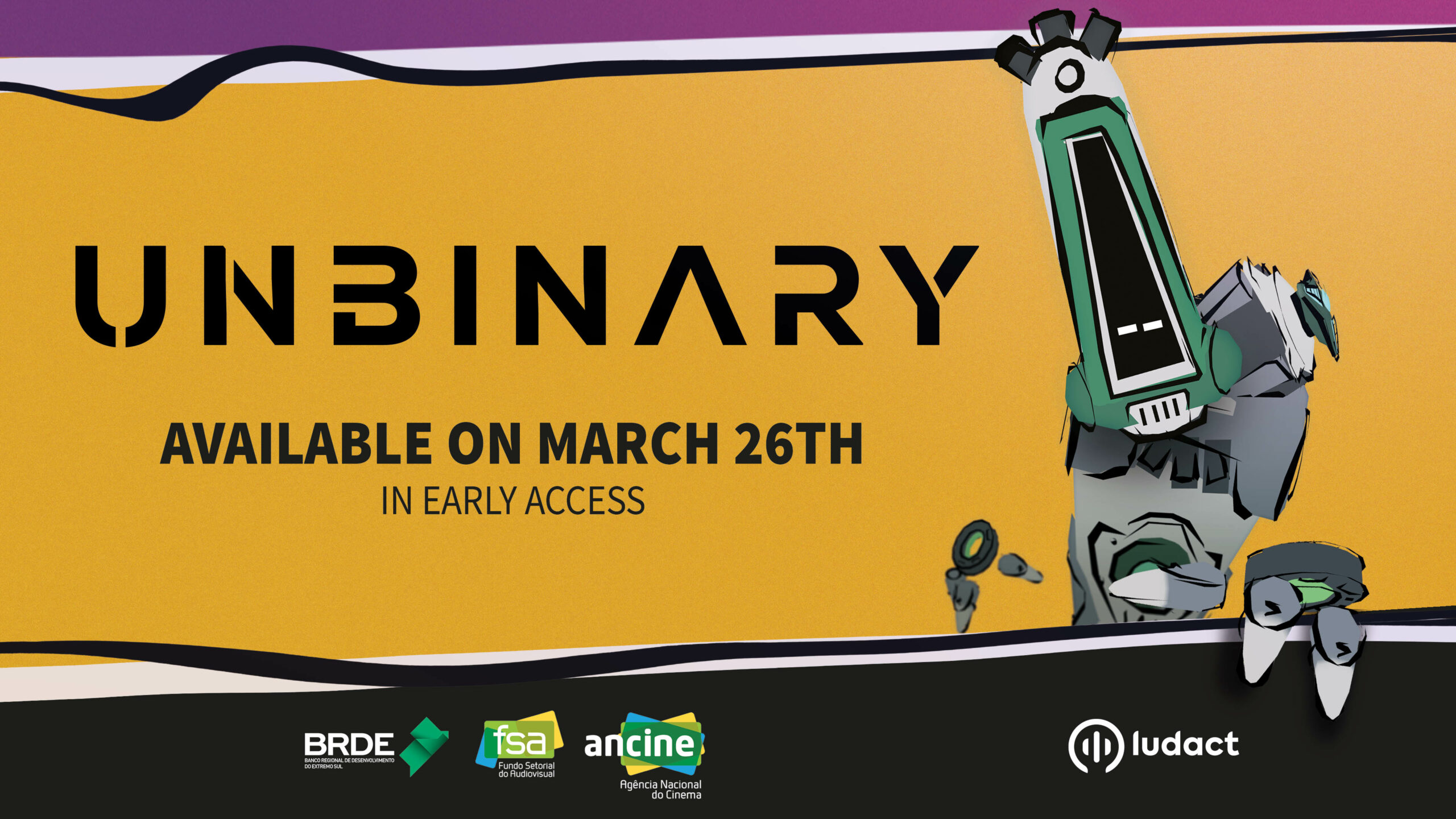 Change your masks on this VR adventure and explore the mind of a sarcastic AI to assess if it’s ready to rule the world.

São Paulo, Brazil – March 22, 2021 – Brazilian indie game studio Ludact today announced that their hand-painted and futuristic VR story-driven adventure, Unbinary, will be released on Steam Early Access on March 26th, 2021. Set in an unusual moment in future human history, Webby – a super A.I. – was elected to rule the world and needs to be audited before becoming sovereign. But is it ready? Your role is to ensure so. Once into Webby’s simulations, you’re part of physical, logical, and psychological challenges that will generate the data necessary to validate the super AI’s capabilities to rule the world.

“The biases of society are everywhere. We tried to imagine how would it be a world as seen by a super AI modeled after all these biased datasets. What could happen there? We didn’t spare acid humor and a comic book art style, hand-drawn inside VR, to immerse players in this dystopic story. We want people to get first-person into Webby’s visions of the world, embarking into an adventure spiced with full-body gameplay, Quill-made art style, and revelations that will tease your thoughts.”, said Egon Ribeiro of Ludact. “Right now we’re going Early Access to get closer to our community and collect feedback that will be invaluable for our team to move forward with the game”.

At early access, players will be able to use two different masks, figuring out how the AI models of the sarcastic Webby will handle them. Each mask has different abilities and will cause different reactions from the environment.

Currently Unbinary will only be available on Steam Early Access. Full launch is slated to support Oculus Quest and Playstation VR as well.

It’s time to immerse yourself in this dream-like universe and support the developers in improving and tweaking the game! The full launch price on Steam will be $19.99 with 30% off ($13.99) on Early Access.

For the latest updates on Unbinary:

Our current mission is to strengthen Unbinary as our flagship IP, consolidating what we call “critical entertainment”: games that challenge player’s visions of the world while fostering meaningful emotions. Ludact was awarded the highest Brazilian national grant (Ancine Prodav 14/2017) for Unbinary, allowing development to happen between 2018 and 2021.

Want to hear from Webby?